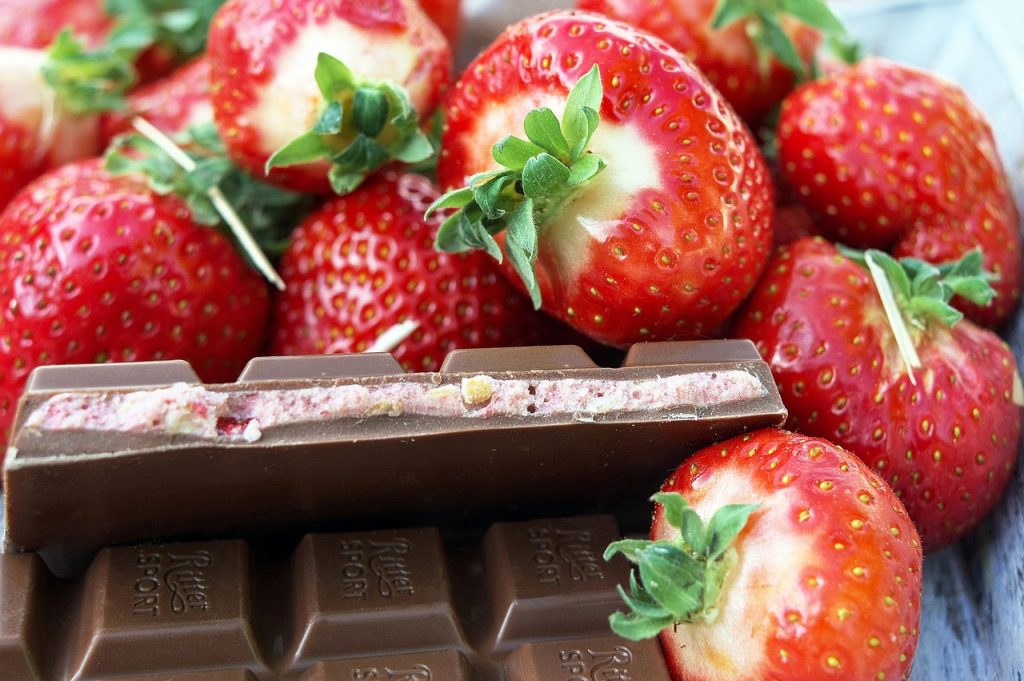 There has been a great deal of attention in the media regarding the potential health benefits offered from consuming chocolate. While in the past, healthy eating plans meant that chocolate would need to be eliminated from the diet. Chocolate is considered to be sinful in many weight management programs. However, a good quality chocolate high in cocoa solids, can offer a number of beneficial effects, which can boost your health and well being.

Helps to maintain BMI:
While eating sugary candy bars is not an ideal method for controlling weight, recent research has demonstrated, that consuming high quality chocolate, can be beneficial when trying to maintain optimum BMI. The research study had a varied age range of participants from 20 through to 85. The research team documented that participants regularly consuming good chocolate generally had a lower BMI. The participants with lower BMI levels were documented to have excellent eating habits, including exercising regularly three or four times per week, and eating chocolate twice in an average week. It is also believed that the antioxidants present in the chocolate may balance out hormone levels in the body.

Skin improvements:
High quality chocolate contains flavanols, which are shown to be beneficial to the skin. A study conducted in Germany had participants consume enriched cocoa daily over a three month period. At the end of the study, the participants felt their skin was smoother and better hydrated. There was also less propensity towards redness and inflammation of the skin after UV light exposure.

Boost to brain power:
Many people experience a sugar rush from an afternoon candy bar. However, a study conducted at England’s Northumbria University found that this is not necessarily an imaginary effect. The research team studied the impact on mathematical skills from consuming chocolate. Thirty participants answered mathematical questions both before and after consuming hot chocolate. The findings indicted that mathematical performance was improved after drinking the chocolate. This is attributed to the flavanol content within the chocolate.

Cough relief:
Coughing is a common symptom of cold, allergies and winter related complaints. However, researchers have suggested that the chemical theobromide derived from cocoa, can reduce activity levels in the region of the brain which triggers coughing reflexes. The research team, working on behalf of the National Health Service in the United Kingdom, administered theobromide to three hundred study participants who were suffering from a persistent cough. After the fourteen day study period, sixty percent of the study participants reported experiencing relief from their coughing.

Reduced risk of serious conditions:
The flavanols present in high quality chocolate, have been linked to a reduced risk of a number of serious conditions, including type 2 diabetes and cardiovascular disease. It is thought that the regular consumption of high quality dark chocolate, lowers the proteins levels in the blood, thus improving heart health. Additionally, there is speculation that it also increases insulin sensitivity, which lowers the risk of developing diabetes.